Since the Council of Europe was the first pan-European organization which Malta joined after independence, the Maltese European Movement drew its inspiration from that organization. For this reason, and for several years after, the Movement celebrated “Europe Day” on the 5 May of each year. It kept organizing this annual event until preparations began for the membership negotiations with the EU in 1999, when the Movement began commemorating Schuman Day on 9 May of the year. The first activity to mark Europe Day consisted of a symposium on “Aspects of a United Europe” held on 5 May 1966 in the theatre of the former Royal University of Malta in Valletta. It brought together several leading Maltese personalities. The discussion panel included Justice Maurice Caruana Curran, Chev. J. P. Vassallo, Dr Giovanni Mangion and Mr Anthony M. Callus and was chaired by Professor Busuttil. At the end of the Symposium a reception was held at the Aula Magna of the University.

In 1967, Malta signed the Council of Europe’s Convention on Human Rights (ECHR). A few years later, the European Movement Malta started lobbying the Maltese Government to ratify the additional protocol to the Convention giving Maltese citizens the right to petition the European Court of Human Rights (ECtHR) in Strasbourg. The Movement set up a sub-committee on Human Rights to lead the campaign, which ended in May 1987 – 20 years since Malta had acceded to the ECHR – when the Maltese government finally ratified the protocol allowing the Maltese the right to individual petition. This meant that Maltese citizens and residents, who suffered human rights violations, could petition the Court in Strasbourg after exhausting all available remedies in Malta.

Declarations registered at the Secretariat General on 30 April 1987 In accordance with Article 25 of the Convention for the Protection of Human Rights and Fundamental Freedoms signed in Rome on 4 November 1950, the Republic of Malta recognizes, for the period between 1 May 1987 and 30 April 1992, the competence of the European Commission of Human Rights to receive petitions addressed to the Secretary General of the Council of Europe from any person, non-governmental organisation or group of individuals claiming to be the victim of a violation by one of the High Contracting Parties of the rights set forth in the said Convention.

The European Convention on Human Rights Incorporated in Maltese Law

The 1973 Congress of Europe

A sixteen-member strong delegation from Malta participated in the Congress of Europe, which met in London from the 11-13 of May 1973. The London Congress was convened to mark the twenty-fifth anniversary of the first Congress which met at The Hague in 1948. The Hague Congress was a response to Winston Churchill’s passionate appeal for the creation of a United States of Europe made two years earlier at the University of Zurich. In London, the Maltese delegation was led by Mr Anthony M. Callus, who had succeeded Prof Busuttil as Chairperson of the Movement, and included several prominent personalities, among them journalists, trade union officials, leaders of civil society, the President of the Malta Council of Women and members of parliament.

At the London Congress, the Maltese delegation distributed a leaflet urging the delegates present to use their influence in any way and by all means possible, to ensure that “Malta is not overlooked in any long-range planning among the nations of the European Economic Community.” The Maltese delegation also participated in the parallel working groups and the rest of the work of the Congress.

One of the aims of the Malta Council of the European Movement, as inscribed in Article 2 of its first statute, was to promote “activities to diffuse the study and the need of a political, economic and cultural unity between the states of Europe.” Implicitly this statement also included Malta as part of a United Europe. Explicit references to Malta’s role in a united Europe began to emerge in the seventies. In 1972, the General Council of the Maltese European Movement approved a motion stating that: “A. This General Council reaffirms its belief in Malta’s importance and place in a United Europe; B. This General Council urges the Malta Government to press ahead towards full membership to the European Economic Community and urges European Governments to support Malta’s entry and recognise Malta’s potential contribution to the future of a United Europe. C. This General Council believes that Malta’s contribution to a United Europe, due to its strategic position at the periphery of Europe and in the centre of the Mediterranean, could help to extend the benefits of the New Europe to the Mediterranean basin and beyond to the rest of the globe.” In the meantime, the Malta Council of the European Movement wholeheartedly supported the further development of relations between the EEC and Malta, based on the 1970 Association Agreement. Later, the Movement also favoured progression toward the second stage of that agreement, by which Malta would have eventually joined the EEC’s customs union.

On the 28 January 1977, the Movement’s general assembly approved a declaration strongly asserting, “that Malta’s application for full membership of the EEC is considered to be most opportune at this particular stage in order to enhance the basis of its role within the Mediterranean and other parts of the world after 1979 (the year that UK military bases were closed down in Malta).” In an appeal approved by the same general assembly, the Movement called on all citizens “who had decided to take an active part in Maltese political life to realize that in order to safeguard the interests of all Maltese citizens they must make a personal contribution towards the establishment of a ‘United Europe’.” Two years later, the Nationalist Party [(Partit Nazzjonalista (PN)] approved a motion in favour of EU membership.

Malta’s Application to Join the EU

In July 1990, Malta applied to join the European Union. The Movement strongly supported the decision and campaigned in favour of membership, particularly in the months leading to the March 2003 referendum on EU membership. The European Movement also participated as a core member of the Malta-EU Action and Steering Committee (MEUSAC) the main platform for the national dialogue between the Government and civil society on the national positions to guide the membership negotiations. Draft positions adopted by MEUSAC required the approval of the Cabinet Inter-ministerial Committee on the EU.

A Call to Consensus

From its inception, the Malta Council of the European Movement Malta, sought to encourage a national dialogue and consensus on relations with the EU.

In the Movement’s first two decades, Members of Parliament (MPs) from both main political parties were appointed by acclamation, as honorary officials of the Council, and were invited to participate in its work. When the Council asked the political parties to nominate representatives on the national delegation to the 1973 Congress of Europe, only the PN responded. From that point onward, the pattern of relations between the Movement and political parties was set. Since only one party took interest in its work, the Movement could not serve as a platform for a bipartisan political dialogue on European integration. In 1997, the Movement’s members overwhelming approved changes to the statute, which among other things strengthened the non-partisan ethos of the Movement. Article 10(5) of the current statute states that “Officials and members of the Executive Committee cannot concurrently be members of the national executive body of any political party or be Members of Parliament.”

As the debate on EU membership intensified in the 1990s, the Movement stressed that all those involved in the national debate needed to put national objectives above party or partisan considerations. In meetings with the PN prior to the 1998 election, the Movement proposed the holding of a referendum on membership at the end of the negotiations with the EU. This proposal was included in the PN’s 1998 electoral programme. Following the suspension of the membership application in 1996, the Movement urged the Labour Government to resume them and then put the issue to a referendum at the end of the negotiations when the contents of the membership ‘package’ would be clearer. 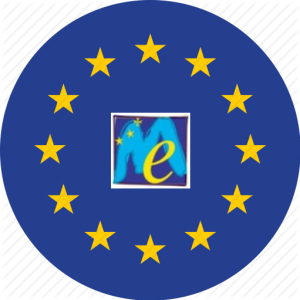 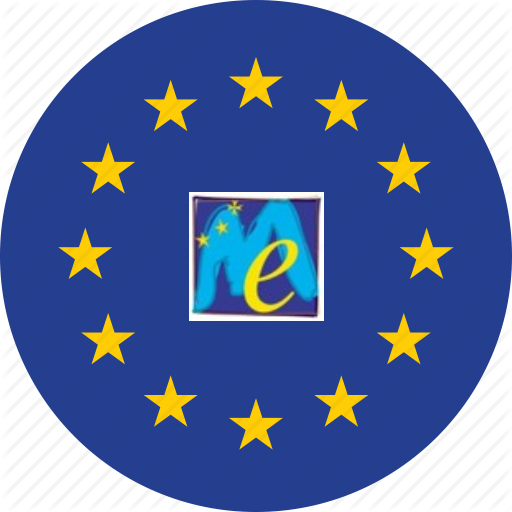